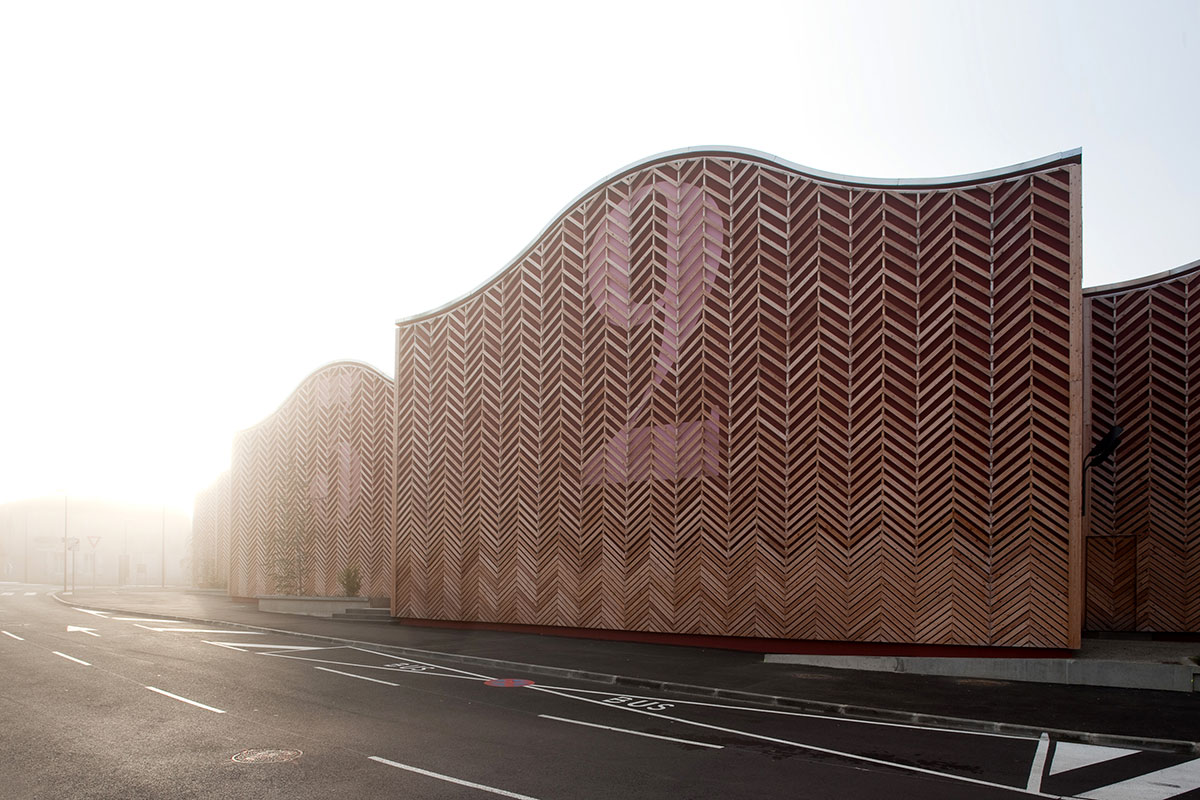 In spite of the old movie theater appearance, the theater has five digital projection rooms installed. The technological revolution allowed the Ciné 32 Association to pursue the dissemination in all theaters by constructing on the old Spanish Barracks site in the center of the city of Auch. The structure dedicated to the circus arts paved the way to the construction of the theater, coherent with the cultural aspects of the neighbourhood in town.

Rather than a big multiplex structure, we wanted to convey the image of a series of local movie theaters. Thanks to the herringbone-patterned timber cladding arranged in clerestory, the old pediment façades are given a big identification number.

The sixth and final structure is a great lobby, whose gable is made of double skin polycarbonate with the Association’s mezzanine offices. The place is lively thanks to the exhibitions, the bar and the young people participating in workshops. It really counters the usual darkness of the other rooms perfectly. 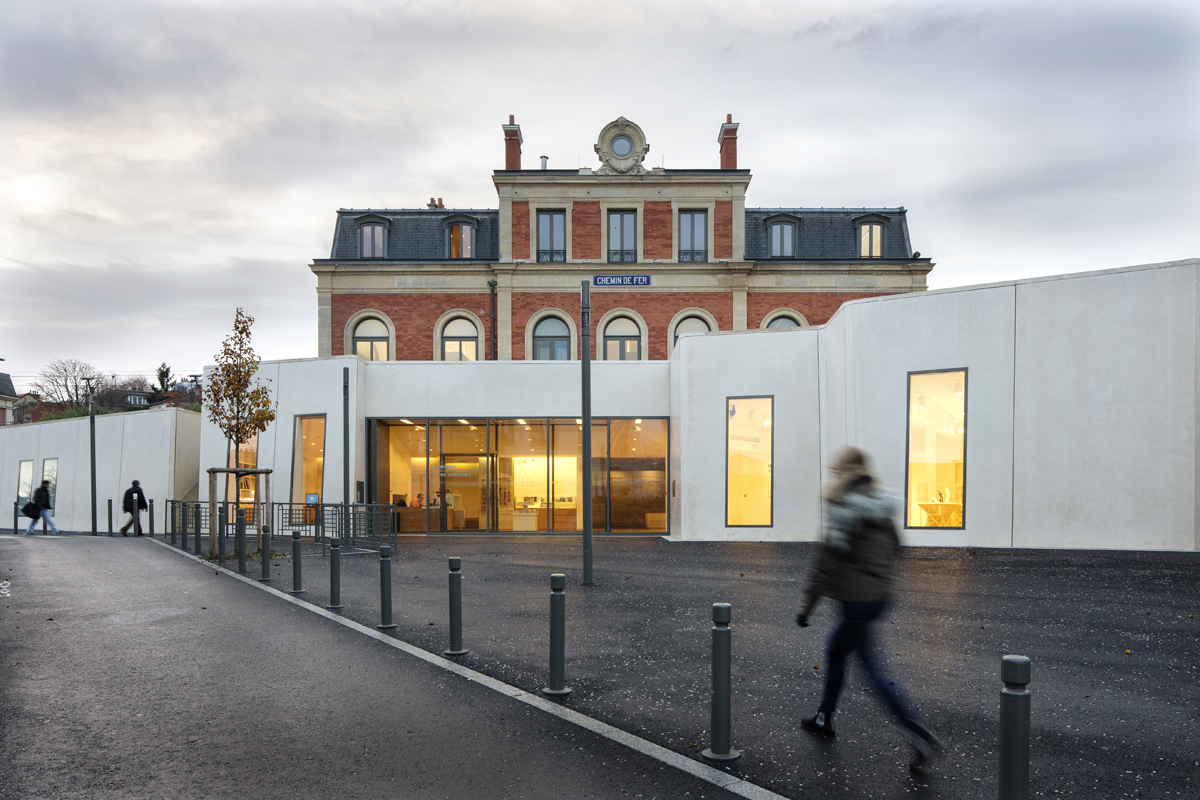 Museum of Urban and Social history 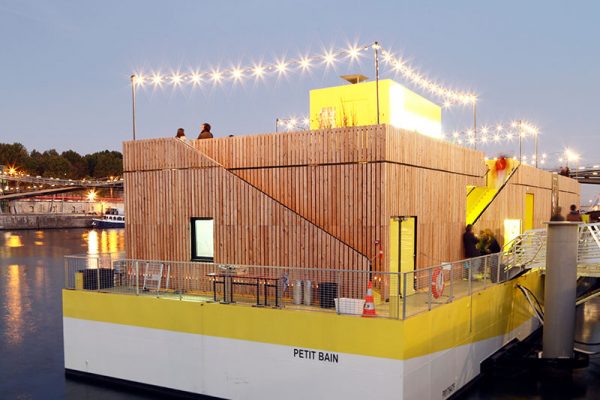