Emergency board for the Nuit Blanche 2015 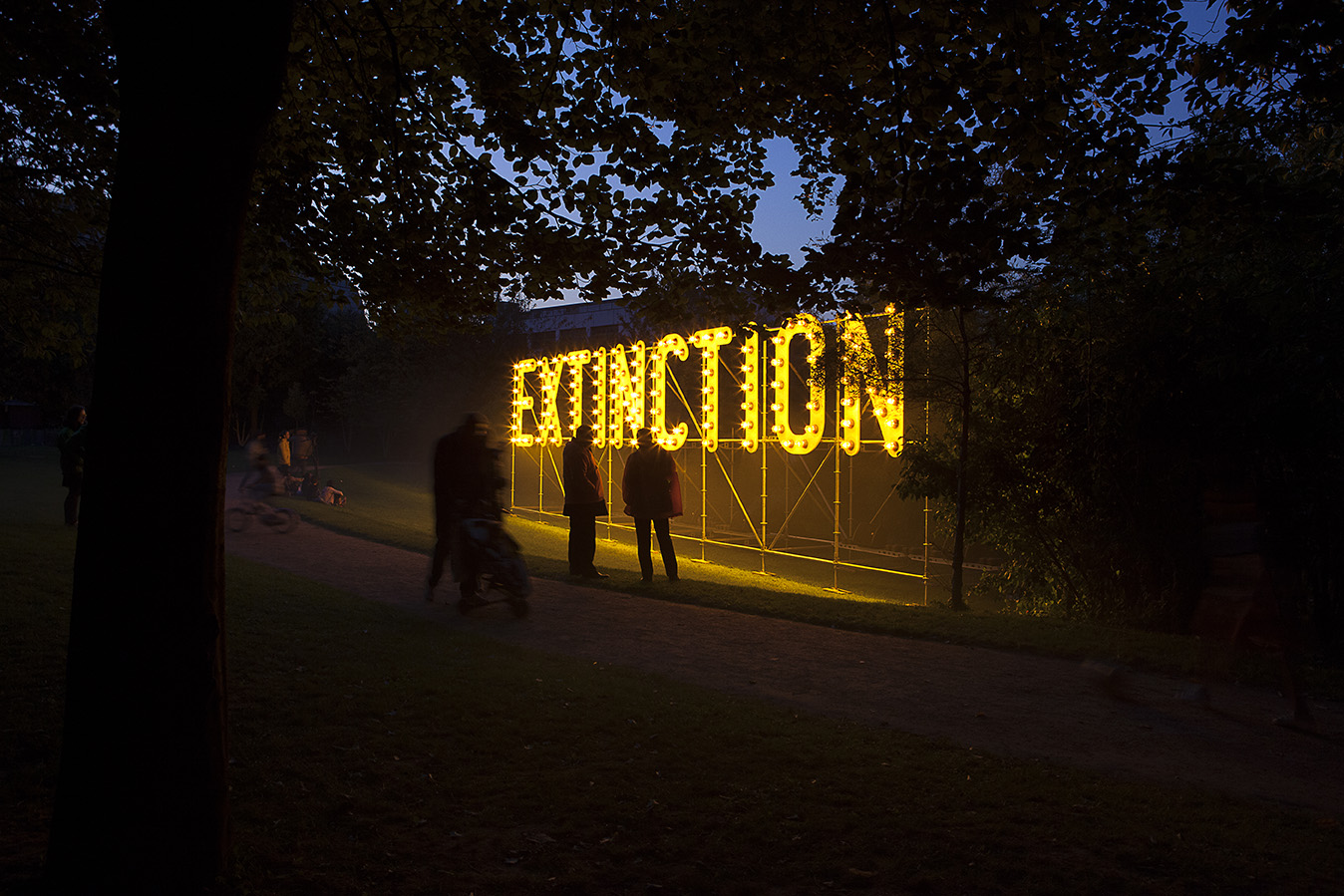 In 65 million years, the Earth has never seen such a devastating decline in biodiversity, coupled with the overexploitation of natural resources and the destruction and pollution of housing.

The scientific community notice that the sixth mass species extinction is under way, as a result of human actions. The UN listed four main causes to this disaster: overexploitation of resources, visual and sound pollution, habitat modification and climate change.

To raise awareness about this issue, Encore Heureux Company came up with “Extinction”. About a thousand revolving light together make an animated luminous structure. In a mysterious and complex soundscape, these giants in the fog represent a red flag as we uncover step by step the emergency at hand. With this enlightened and stimulating message, we question our collective responsibility in the matter. 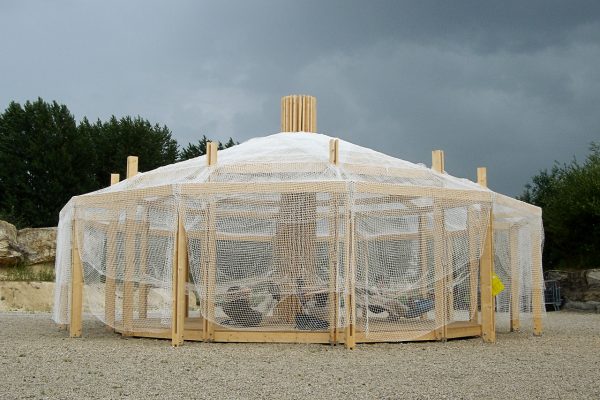 Comfortable micro-architecture that can be dismantled