Hotel for Projects and Kindergarten 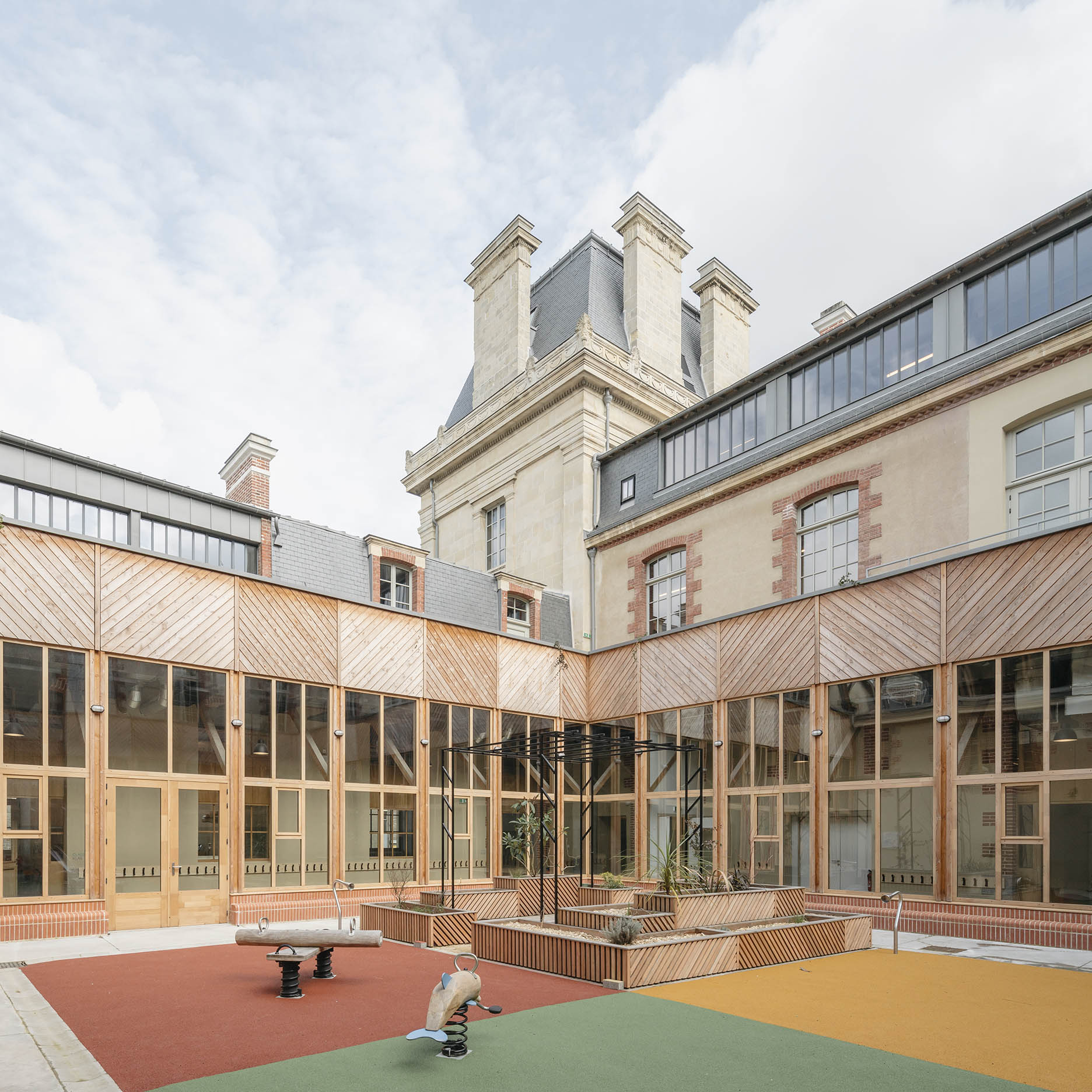 Pasteur is a genuine utopia as conceptualized by Ernst Bloch. Started by the mayor of Rennes and the Université Foraine of Patrick Bouchain, the project became true thanks to the participation of SPLA Territoires (Local Public Planning Corporation) and other contributors who keep putting their everything, actions, projects and ideals into this.

The building is a great monolith built in the 19th century along the Vilaine river. At first, it was used as the Science Center (Palais des Sciences), then became a Dental Faculty. It is now a Dental care Service and a hotel for artists to stay and work on their projects. Encore Heureux was commissioned as project manager on this mission. They won’t redevelop nor renovate but instead will contribute to the ongoing development of the project. The three institutions (Kindergarden, A School Information Center, a Hotel for Projects) combined will make of Pasteur a must-go in the area. It’s also a place centered on learning, a value at the heart of the promoted ideology.

The Kindergarden is not just another school: the playground could run on several floors in the Hotel, beyond its original limited space. It will be protected while still being open to the peculiar environment.